A very warm welcome to the fifth (FIFTH!) edition of HCBC! This time HCBC is brought to you from the comfy confines of Two Sheds micropub in Crookes and features as our guest reviewer Mark from Crosspool Ale Makers Society, you can read my recent interview with him here. I’ll be releasing a new blog every day this week to celebrate Sheffield Beer Week, so enjoy and get ready for lots on new content!

Before we begin, a quick reminder of the rating system can be found here , essentially anything above 50 is decent, 60 is good, and above 70 is great!

We kick off with a hoppy IPA from ‘Brewing and Distilling Company’ – or BAD Co. for short. Its a malty, hoppy approach to an IPA which we sampled from bottles, though cans are also available.

Guest reviewer Mark had this to say… “High bitterness with a nice colour and aroma, like the bottle design”

The first beer of the evening comes in with a solid 62.3 (in the ‘good beer’ category). I expected this to come in with a pretty decent score, as it’s a nice, easy drinking beer. We had two in the 50s, two in the 60s, and one score in the 70s.

Additionally, look at the score breakdown it scores really solidly across all categories. Even it’s weakest category, appearance, still averaged 7/10. In terms of divisiveness, that came in at 20 points between highest and lowest scores, which is pretty good!

Andy’s Take – Scored it 61 – Good, easy drinking IPA that is maybe just a tad too bitter, but still nice all the same.

Black IPAs are always an interesting proposition, how do you get the balance right between the juicy, hoppy flavours of an IPA with the more robust notes from the darker malts? Pleased to say that Black Rocks is a nice example of getting that balance right. This one came in 440ml cans.

Brett described this beer as a ‘charred pale ale’, whilst Mark said “Too strong for a high drinkability, very nice with complex flavours”

Another beer that comes in with a good score, averaging 63.7 within our group. Generally most scores were mid 60s apart from two big outliers (a 77 and a 41).

As you can tell from that, it was a lot more divisive, to be expected from a beer that isn’t all too common at the moment, with 36 points separating top and bottom. The best scoring category was aftertaste, which was really where those complex flavours hit you but it’s let down by drinkability.

Andy’s Take – Scored it 67 – I got a bit of a marzipan smell from it, and liked the quite creamy texture. However i also described it as ‘Weird’ – purely because I think all BIPAs are a bit odd!

I always think stouts are a great place to really bring whatever flavour you want and imbue it into the beer. This one is no different, a vanilla stout from First Chop, which we sampled out of 330ml cans.

Ever the artist, Brett actually drew his score for aftertaste which you can see below!

The steady increase in scores continues with a very nice average of 67.2 for Pod. Once again we have two big outliers and once again its Liv and Mark giving us a 46 and an 81! Still only 38 points difference, which isn’t anywhere near as divisive as some beers have been!

Taste is where this beer scores best, compared to appearance as the worst category (though still a decent 6/10). I should note here that despite giving this a 46, Liv noted “Score doesn’t actually reflect opinion, all in all actually very nice!” so I feel Pod can feel rightly hard done by here!

Andy’s Take – Scored it 70 – Very light for a stout, and the drinkability is great. The vanilla really lifts the whole thing.

Position on the night – 3rd
Liked most by – Mark

Bringing us to the last beer of Part 1 of HCBC 5, we have a Wai-iti & Lemon saison from Brew by Numbers, sampled from a 330ml bottle. It’s got strong lemon flavours lending it a refreshing and zesty taste.

Mark – “Pleasant flavour, light with a dry finish. Lemon is great in beer, though this is deceptively strong – wouldn’t end well!”

We finish Part 1 with a very strong beer, scoring an average of 71.7 and putting it right up there with some of the best beers we’ve tried, and the first sour-based beer to get over 70!

The spread of scores showed a diversity of just 21, which isn’t too bad at all. The lowest score was 59 with the highest being 80. It scored really well in both taste and smell, but scores were generally high across all the categories. The 59 was the only score below 70, showing that this was a very strong entry.

Andy’s Take – Scored it 72 – Whilst in danger of tasting of washing up liquid, it dodged that pitfall to become a really refreshing almost wheat-beer esque saison. Big fan!

As mentioned before, with it being Sheffield Beer Week, I will be posting a blog every day! So you won’t need to wait long to find out which beer came out on top in HCBC 5! See below for the graphs and stats from the beers so far. Cheers! 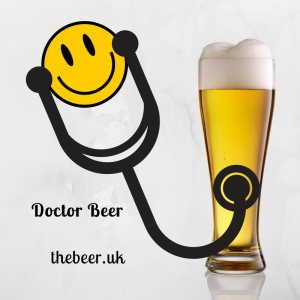